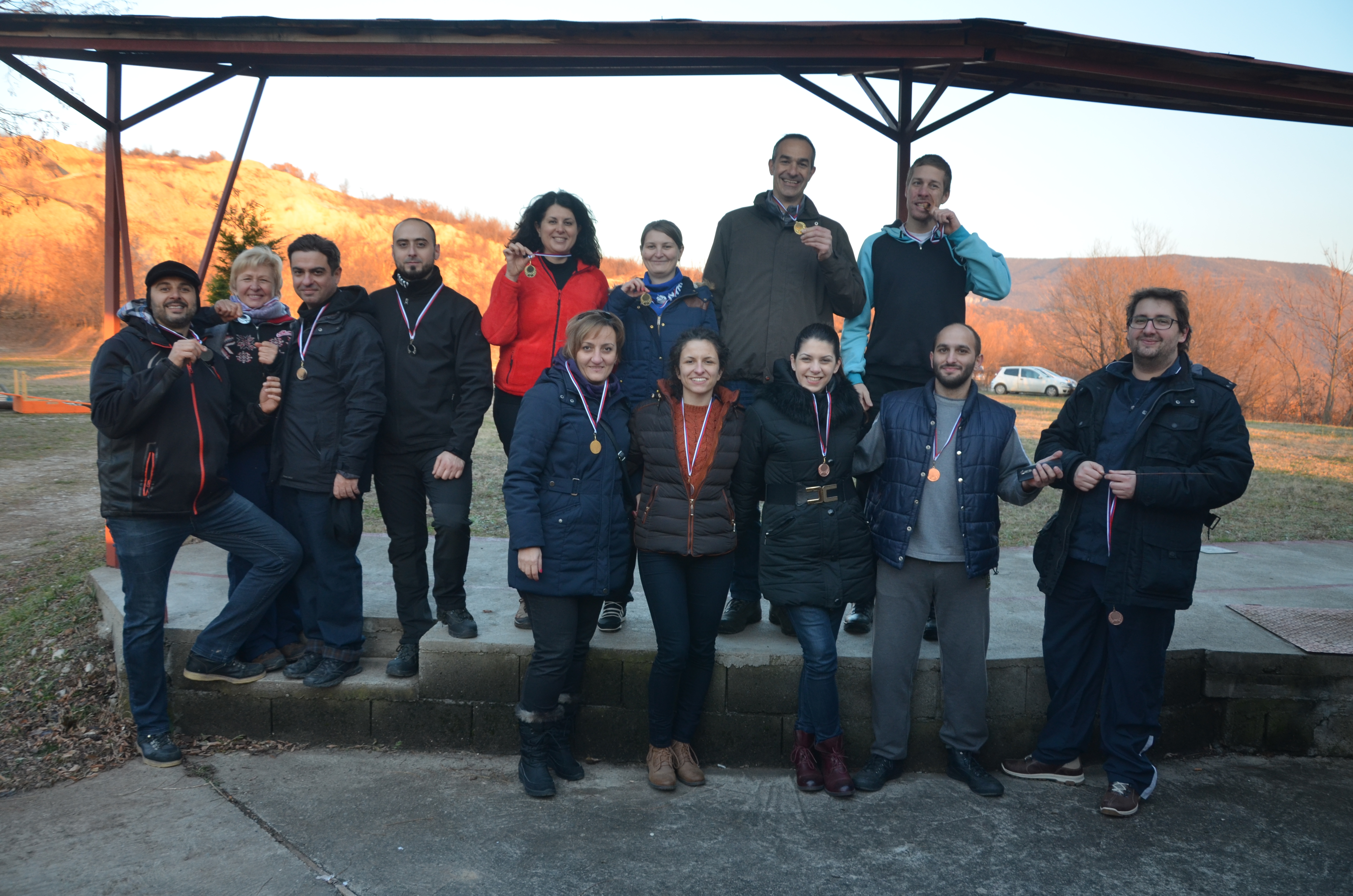 A crisp Saturday morning. The battlefield is ready, the air heavy with determination and hunger for victory. Three teams face each other silently, staring intensely into their opponents’ eyes. A tumbleweed rolls between them, their fingers clutching the trigger-

Well, not exactly. But it does make for an intense mental image, doesn’t it?

My NIRI colleagues can be very competitive, so our new team building event at the Safari club in Niš was the perfect place to test our skills. The competition consisted of multiple activities ranging from shooting a gun and a rifle to overcoming physical obstacles that demand both speed and strength. To sum up my impressions: it was awesome! I decided to ask two of my colleagues, Miloš and Radica, about our team building event and this is what they had to say.

Guys, how did you feel when you shot a gun and a rifle for the first time?

Miloš: I loved it! It’s a great skill to have, especially if I’m feeling stressed out. It’s also great for intimidating people… not that I would ever do such a thing [laughs]. Just a thought!

Radica: I also loved it. It was a brand new experience for me, definitely less stressful than I had expected. I was very pleased with my newfound shooting abilities, although it could have been a simple beginner’s luck? Or maybe you’re a natural! Which game was your favorite?

Miloš: I really liked the games where all team members had to work together to finish a task, it was both fun to do that and watch other teams do it.

Radica: I enjoyed all of them, including the dinner activity afterwards [laughs]. It was great to see my colleagues so relaxed and happy. If I had to choose one, I’d go with the “skiing” activity. Not only was it hilarious to watch, but it demanded team work and team spirit as well. My final question is very important, so be honest. Did the team Falcons win fair and square?

Miloš: Pfft, of course not. We should have won!

Radica: Of course we did! We were either first or second in most games, it’s a no-brainer. I enjoyed winning, but seeing my colleagues smile and laugh as hard as they did was a much bigger reward.

And there you have it! We had fun and, more importantly, didn’t end up shooting each other by accident. As a member of the losing team I have to admit bronze doesn’t shine golden, but the laughs we shared definitely make up for it.