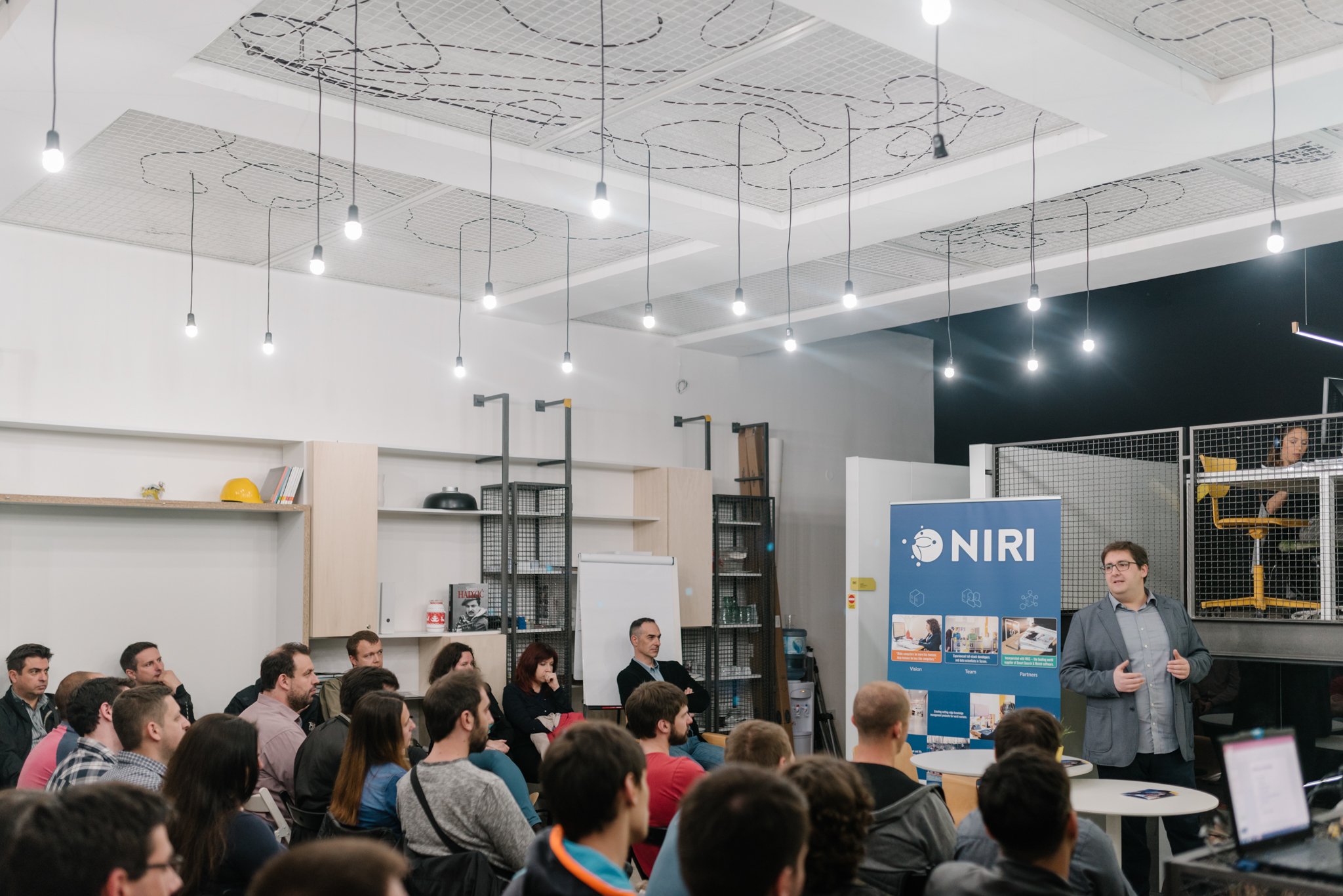 How many Java enthusiasts does it take to change a light bulb? None obviously, because that’s a hardware problem. But it took about sixty or so to make NIRI’s Java DevOps Unleashed! meetup super cool and successful!

On 4th April, in the modernly rustic Deli space in Niš, NIRI had its first meetup related to Java DevOps.

Marko Smiljanić, NIRI’s CEO, welcomed the guests and jokingly asked them whether they came out of their own free will or because they had to. This induced enough chuckles to let us know they were all there to learn something new and have a good time with like-minded people. “This meetup is a new step for NIRI and I’m glad you are all a part of it. NIRI is growing each day and we’re trying to get our name out there in order to further connect and share experiences with the IT community.”

Paul Swaab, the Software Development Director at WCC Group from the Netherlands, was our first speaker. Paul shared with us his vision of the future for both WCC and NIRI as its partner. He emphasized the importance of the strategic role of high-quality Knowledge Management in Enterprises. That is why WCC Search & Match solutions are offering a full and real-time integration of software functionality with enterprise knowledge. In order to create a high-quality software which will function without a flaw and satisfy the customers’ needs, having an exceptional development team is of high importance. That is why WCC supports NIRI in utilizing the latest development practices.

Marko Milošević gave a lecture about the state-of-the-art technologies we use at NIRI and mentioned to what degree NIRI is connected to WCC and their team of developers. He talked about Maven, Jenkins, Cucumber, Mutation testing and Sonar by focusing on their positive and negative sides.

“Sonar – what a great tool. At first, we were skeptical, but it definitely proved us wrong. Sonar analyzes the code based on already established rules, so when a rule is broken, Sonar labels that as a mistake, either very small or very critical. It measures the quality of the code and that’s very helpful to us.” The audience was curious about the performance and down-time of Jenkins at NIRI. Marko explained that, despite the large number of Jenkins jobs, his team had no issues whatsoever – “At NIRI, everything is going smoothly with Jenkins thanks to the powerful WCC servers in the Netherlands and their system administrators. For now, we are good.”

In addition to this, Marko also took a moment to talk about NIRI’s bold transition to the agile development process – Scrum.

“I have to say, it was very challenging. You go from working individually and handling your own weight to working in a team where each one of us has to keep up with everyone else’s progress. It was definitely interesting, but now when I look back, I’m very pleased we completed this transition. Scrum works, that’s what matters.”

After the lectures, our guests were very curious and had a number of questions both for Paul and Marko. The atmosphere was lively, and the chatter unstoppable. The snacks we arranged were quite untraditional and very Dutch in spirit – cheese dipped in mustard and jam, the most disgusting Dutch candy called Drop (how fitting), and the most delicious waffles you will ever eat – Stroopwafel. I have to say, chatting about Java DevOps over this kind of food has never been more inspiring. This meetup has definitely left us wanting more.

All we can do is stick to our promise and actively participate in making Niš the center of technology again. Until the next time, IT enthusiasts!